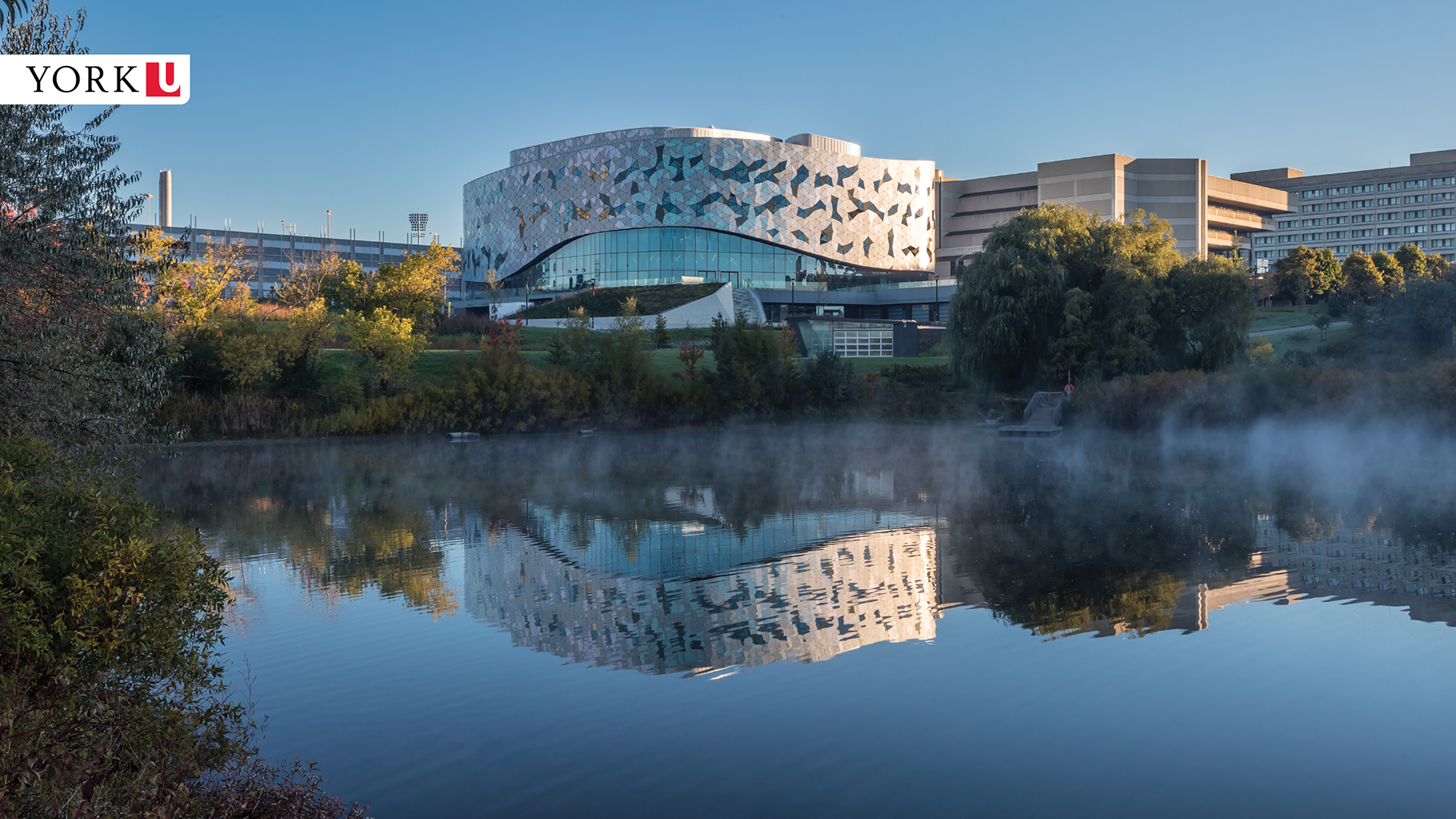 York University is one of the largest public research universities in Canada and ranked top-35 in the world according to THE Impact Rankings. Founded in 1959 and situated in the North York region of the Greater Toronto Area, York University boasts impactful research and recognized efforts towards meeting the sustainable development goals by the UN (top 10 in the world in Sustainable Cities and Communities, top 10 in the world in Peace, Justice and Strong Institutions and #1 in Canada in Gender Equity). More than 54,000 students are currently enrolled in more than 200 undergraduate and graduate programs at York University, including more than 10,000 international students from over 172 countries.

The Second York University Student Centre was built to accommodate the rapidly increasing student population of the university. The Centre has received the LEED Gold certification for building sustainability. It is home to the YU Student Union and a number of other student clubs and services. The Centre is a 6-minue walk west of the York University subway station or a 14-minute walk south of the Pioneer Village subway station.

You can consult the interactive maps of the York University on how to find your way around the Keele campus.

York University is accessible from the rest of the city mainly by the subway Line 1 (the yellow line) at the York University station or at the Pioneer Village station. It is approximately 35-50 minutes to downtown and 15-20 minutes to the Vaughan Metropolitan Centre station. You can find more information at the Toronto Transit Commission (TTC) website, including the subway and streetcar map, and information on fares and passes. The easiest way to use the public transit in Toronto is through the Presto card, which can be purchased in almost all subway stations and can be loaded with multiple fares or passes.

If you travel to Toronto via the Pearson International Airport, you can use the Union-Pearson Express (UPExpress) train to conveniently travel to downtown Toronto in only 25 minutes. You can buy your train tickets online, at the airport or even pay with your Presto card. The train stops at Union station, where you can take the yellow subway line towards Vaughan to get to York University. Alternatively, you can take one of the TTC buses with airport service with a single TTC fare.

Attendees can find accommodation on the York University campus, and along line 1 of the subway in Vaughan (15min) or Downtown Toronto (35-50 min). Most of the available hotel options that are close to York University are in Vaughan, 3 subway stations away from the university.

York University recognizes that many Indigenous Nations have longstanding relationships with the territories upon which York University campuses are located that precede the establishment of York University. York University acknowledges its presence on the traditional territory of many Indigenous Nations. The area known as Tkaronto has been care taken by the Anishinabek Nation, the Haudenosaunee Confederacy, and the Huron-Wendat. It is now home to many First Nation, Inuit and Métis communities. We acknowledge the current treaty holders, the Mississaugas of the Credit First Nation. This territory is subject of the Dish with One Spoon Wampum Belt Covenant, an agreement to peaceably share and care for the Great Lakes region.